For the 48 Hours Neukölln Festival 2020 titled „BOOM“ Hoffmann & Skakun played the entire Weserstraße; this year’s AR project 2021 with the title „NOT BERLIN AIR“ is precisely focused on Reuterplatz.

The artist collective Hoffmann & Skakun was founded in 2020.

Our „NOT BERLIN AIR” app can be downloaded and installed from the respective app store from Apple for iOS and from Google Play for Android:

In an era of scarcity of pure and clean air, Hoffmann & Skakun create their own and let them float in oversized glass ampoules over the heads of the beholder. The ampoule of Duchamp’s ready-made „50cc air de Paris” becomes a Calder mobile in a serial multiplication. Always in motion, as if slightly bumped by an imaginary breeze, the bottle-like vessels give the appearance of a dance or the staging of a ballet piece. Their transparency and fragility, the play of inside and outside, of reality and fiction and then reality again acts as a bridge for viewers and virtual reality.

But with „NOT BERLIN AIR” should not only provide a visual experience.

Experienced via the smart devices of the festival visitors and integrated into the real world, the vibrations are transformed in a canon that is reminiscent of the well-known and title-related composition from the opera „Mrs. Luna“ reminding. However instead, this soundtrack is a counterpoint to the well-known hit song from the operetta abused by the Nazis and aims to establish a connection with the democratically minded poet and namesake of the place. 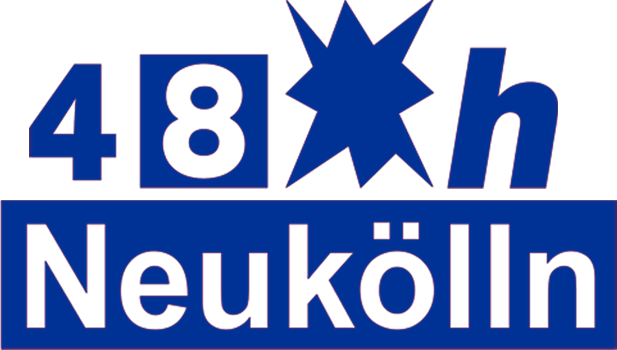